I was a pre-teen mooning over a cute boy I was starting to like and thinking about Halloween candy. I was clueless, to say the least, about what happened. I’m sure my parents knew what happened but I don’t remember being upset, sad or worried as others were.
The rest of the U.S. and the world reeled from what became known as Black Monday where those who were rich on paper soon became poorer than paper. Not having a penny to my name, I didn’t care that much but I did watch the news.
People jumped from high story windows, some walked into oncoming traffic while others left their pricey cars where they stood with keys in the ignition with the windows open. There was no point in driving something you could no longer afford, was there?
I had heard some rumblings about this and that but for the most part, I lived through it as I had many distractions; listening to pop music and chowing mac and cheese.
Like I said, clueless.

Writing book 4 of the Baxter Family Saga, the story I nickname ‘Quinn’s story,’ was an education in itself. As I penned Quinn’s story, I was mindful about navigating the 80’s because so much happened throughout that decade to make it legendary:

These were just drops in the bucket of what made the decade so unforgettable.

But the event that became a major turning point in Quinn’s life was Black Monday. What I hadn’t realized was that October 15-16 was the major trigger for that event. 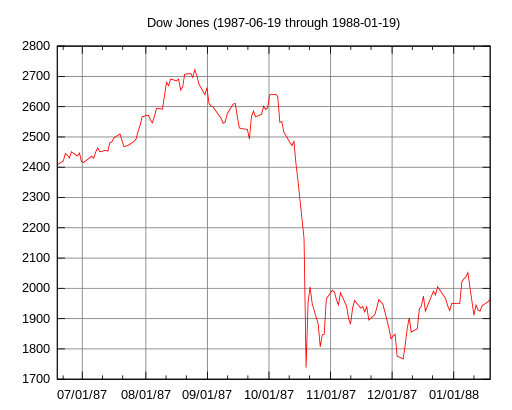 America had been dealing with a recession in 1986 and that financial insecurity spilled over into 1987. When I looked at the news bites and graphs from back then, it brought to mind a stuttered heart beat followed by someone’s hand clutching their chest trying to catch a breath.

I focused on the weekend preceding the crash, specifically the Friday before, October 16, when the first domino tumbled.

For those of us who live in the southern U.S. or the Caribbean, we were used to going through the motions between June 1 and November 30, known as the Atlantic Hurricane Season. We’d watch where what develops, track its path, latitude, longitude, pressure and did all the prep with Home Depot, Builder’s Square, Winn Dixie and/or Publix. By the time some cool breeze blew through Miami, usually around Halloween time, we in Florida were 99% sure that our hurricane season was done.

But what about England? 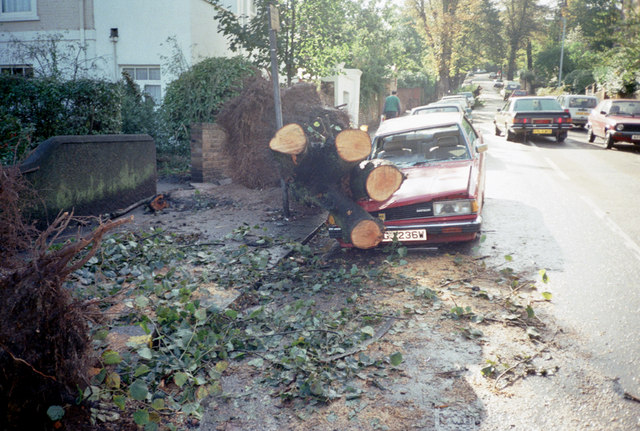 Despite also being in the Atlantic, England rarely experienced hurricanes and don’t have the preparatory dance down like those of us across the pond. So, when a surprise storm grew from a nuisance to Category 4 in the space of twenty-four hours, Greater London, wasn’t prepared with 135 mph+ winds. 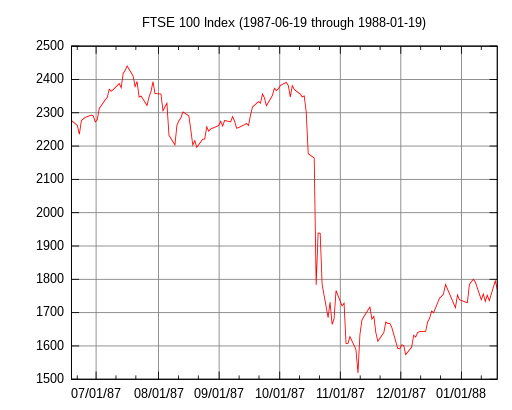 The Great Storm of 1987, unexpectedly shut down the FTSE 100 before killing over 20 people in five European countries and causing billions of pounds in damage. Pre-existing financial uncertainty and a U.S. response to the Iranian bombing of the ship, MV Sea Isle City were the beginnings of the ‘financial arrest’ of October 19, when the Dow Jones Industrial Index lost more than 20% of its volume in a day.

For Quinn Baxter, the confluence of events proved to be her Great Storm as it altered the events of her life in a devastating way.

Looking at this major event as an adult, I appreciate how unfazed I was. As decadent as the 80’s seemed, there was an underbelly rumbling that not many people paid attention to. It was as if there was an abundance of distraction because the world knew things were about to change and the good times wouldn’t roll as easily as they once did. People probably figured if they were going to go down, they would do so to the ultimate party.

Maybe that’s what many miss about the decade: they missed being that clueless kid worried about trivialities before she was forced to pay attention and grow up.